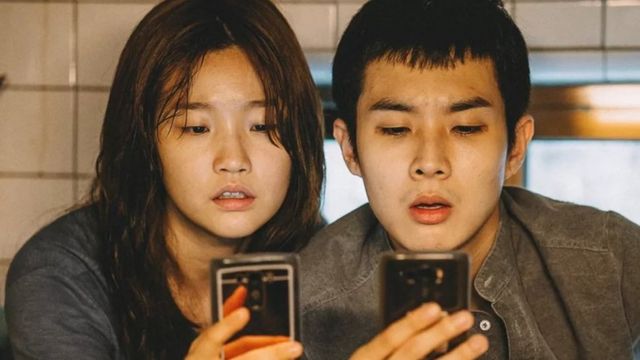 Parasite (2019): A perspective on class struggle

"Ironically enough, Parasite, which had a small niche film auteur following during its initial release would soon be nominated for 4 major academy awards including Best Picture and Best Director, and won all of them. This is a movie that reached the highest highs when no one would have ever expected it..."
Por Evan Gabovitch
Nov 23, 2021

In Director Bong Joon-Ho’s Parasite (2019), a family living in a sub-basement in Seoul, South Korea are caught up in an elaborate scheme to occupy a wealthy family’s household, only for their Ocean’s Eleven style plan to go horribly wrong.

Many of you may have seen the trailers, or the movie itself, and wondered “what’s all the hype about?” When I saw the film in my local theater back in late 2019, before the pandemic hit the United States, I knew it was getting many positive reviews and critical praise. However, it wasn’t a blockbuster, it wasn’t from a well known director (although I was aware of Director Bong’s previous work at the time: Snowpiercer and OKJA), and it only had a select release in smaller non-commercial theaters. On top of all of that, me and one other woman were the only people in the theater. I heard so many great things about this movie and yet it didn’t even fill up an entire theater… Nonetheless, I love movies, I saw movies by myself during the summer and into the fall, and I figured it was worth checking out.

Parasite presents many ideas throughout the film. For example, the Kim family live in a sub-basement trying to make ends meet by folding pizza boxes, with barely any cellular signal, occasional instances of smoke contaminating the air or rain water flooding the sub-basement, among other things. Many people’s stereotypes about poor people may vary from being helpless by being addicted to drugs, to relying on food stamps and other such simple imagery. The movie is careful not to diagnose why the Kim family is poor, but to show their lives, as it is, and makes its audience understand how they were able to seize a big opportunity they could never gain for themselves. The honest need for all four family members to survive is very simple to understand, and yet, you don’t exactly know where the story is going until you realize what the film is really about.

Without giving away the whiplash insane plot twists of the movie, even if the audience may find themselves rooting for morally ambiguous characters who deceive a rich family, they can also equally see an opposite angle that what they are doing is wrong. This double edged perspective not only shows that class struggle is not as easy to understand as “the ultra wealthy being evil and monopolistic who are taking away from poorer and more unfortunate people.” Instead the film shows that regardless of economic status, these behaviors are innately human and therefore make the situation immensely complex.

The Kim family is visited by Kim Ki-woo’s, played by Choi Woo-shik, friend Min, who asks him to do a favor by going to the house of the rich Park family to tutor their daughter so that he can “save” her for when she’s old enough to date. When Ki-woo first goes to meet with the mother of the rich family in order to tutor her daughter, her intentions of hiring him and showing him their life are well intentioned, even providing extra payment when he is impressed with his unusual tutoring methods. He doesn’t immediately think of the ramifications of this plan, only that by allowing his parents to replace each important employee who works for them, that they can be better off with more money than they were making when they folded pizza boxes. Their intentions have tinges of good intentions, and some sinisterness, even when things don’t appear to be very clear in each of the characters choices.

Ironically enough, Parasite, which had a small niche film auteur following during its initial release would soon be nominated for 4 major academy awards including Best Picture and Best Director, and won all of them. This is a movie that reached the highest highs when no one would have ever expected it, and now has a reputation of being a hollywood bi-product that would appease the masses, when underneath all of that, it began and still maintains as the exact opposite. It is a movie that continually defies expectations as it explores themes of class, deception, and perspective.